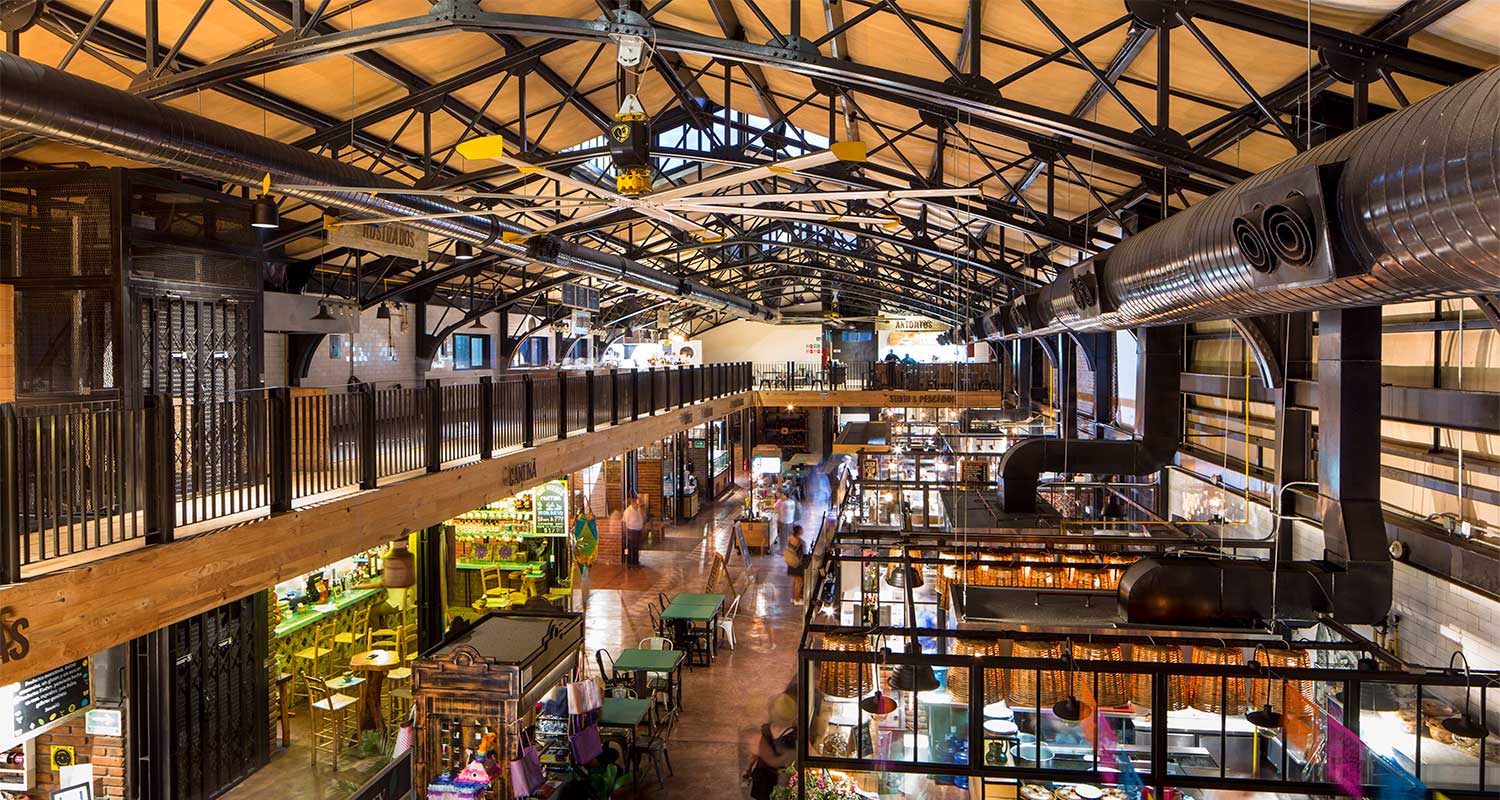 With 23 different food stalls and cafes, El Merkado doesn’t have a problem — its customers are the ones with the problem: which cuisine to sample first? The popular food and music venue has been open about a year in Los Cabos, Mexico, and attracts crowds of locals and tourists. About 500 people come to taste everything from sushi to steaks during the day and try the local beer at night. But with all those competing aromas, the owners knew that good air circulation would be essential in creating an environment where people would want to linger. Air-conditioning alone was not enough.

The owners of El Merkado had seen Big Ass Fans in various settings and decided the fans’ slow movement and dramatic appearance would be ideal for their venue of gastronomic delights. Sure enough, two 24-foot Big Ass Powerfoil X3.0 fans keep the air circulating wonderfully, says Merkado manager Vicky Perez. The fans complement the A/C, allowing the thermostat to be set several degrees higher than it otherwise would. Best of all, the slow-moving giants have gained a fan club of their own. They’re the first thing people notice, says Perez; they’ve help make El Merkado the popular destination it’s quickly become. “People are very impressed by the fans — the appearance, the comfortable breeze. Everyone loves them.”