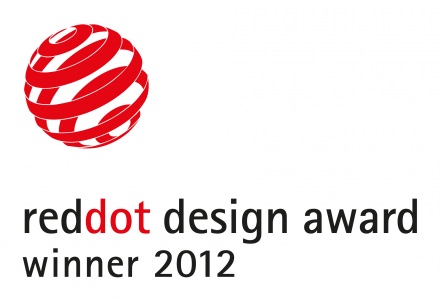 Out of a record field of entries, Haiku®, the energy-efficient small ceiling fan by Big Ass Fans ®, has earned the red dot award for product design.
Thirty international experts judged the field of more than 4,500 products submitted for consideration for the coveted red dot, an international symbol of quality design. Haiku’s exact placement in the product award category will be revealed at the red dot gala in July.
The red dot design award is an independent and well-established seal of quality design. Along with winning the title, Haiku will be featured in the annual red dot design yearbook and displayed in the red dot design museum.
Haiku’s design and performance set it apart from other small ceiling fans. Its airfoils and central motor housing blend together into a single, seamless form, reflecting the concept of organic essentialism — eliminating the superfluous and perfecting the basics. Internally, its sleek look conceals Sensorless Drive Technology™ that delivers a striking improvement in efficiency over conventional ceiling fan motors.
Haiku is the result of years of research and development, hundreds of prototypes and an unequaled drive for perfection from Big Ass Fans , the world leader in large-diameter, low-speed fans.