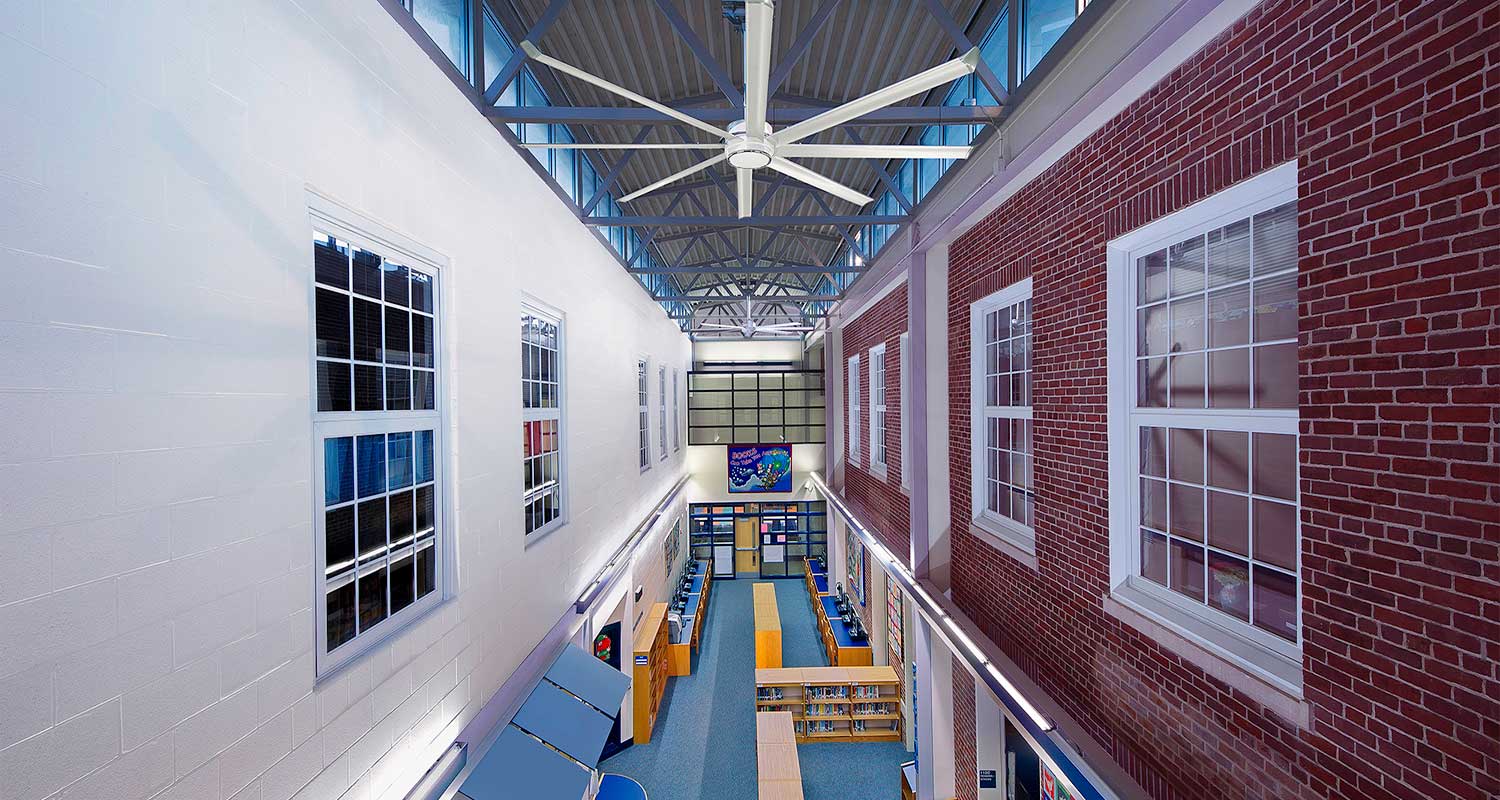 Following a major renovation, Cassidy Elementary School unveiled its new library—a gorgeous space with soaring 33-ft (10.1m) ceilings and, as it turned out, a major issue with heat stratification. In winter, warm air floated to the peak of the ceiling, forcing the HVAC system to work overtime to keep kids and employees warm. The school installed 8-ft (2.4m), gear-driven fans from another HVLS fan manufacturer to improve conditions in the library, but rarely used them due to the noise they made while operating. Libraries are quiet places, and these fans were anything but.

Cassidy worked with Big Ass Fans ® to install two 10-ft (3m) Essence® fans to replace the other ones. The Essence models decreased temperature differences in the space by 72 percent, and the HVAC system ran 15.7 percent less when the fans were on. Best of all for the library, the Essence fans were quiet: testing revealed only a 1.7 dBA increase in the overall noise of the space when they were running. (The previous fans nearly doubled the sound levels in the library.) Essence proved to be a perfect fit for the library, providing energy savings without interrupting learning. 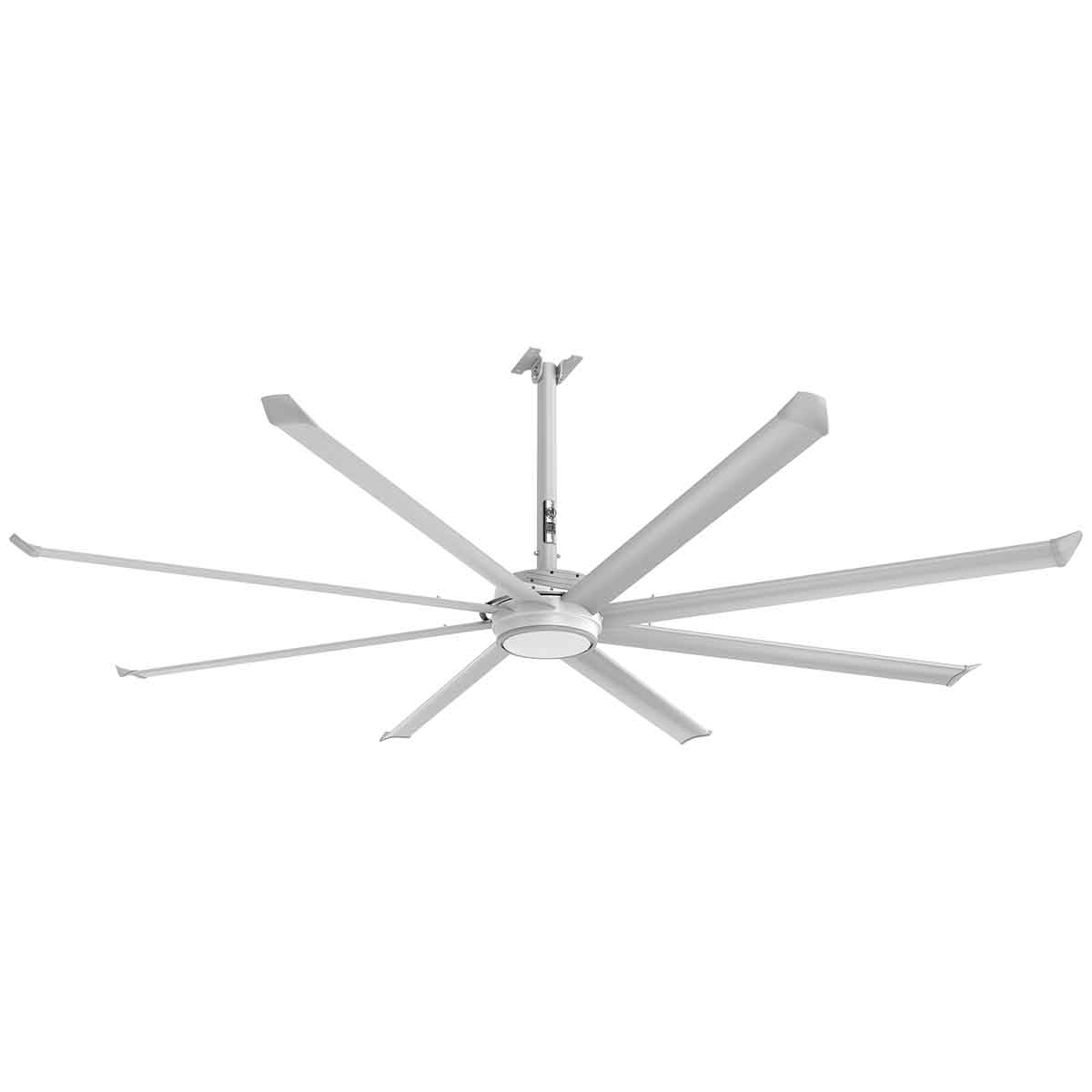 An HVLS fan that’s a work of art and a money-saving machine, moving air with style.

“In tall educational spaces, direct-drive HVLS fans like Essence are a clear choice, especially when there is a need to minimize additional background noise and reduce the energy consumption of the HVAC units.”