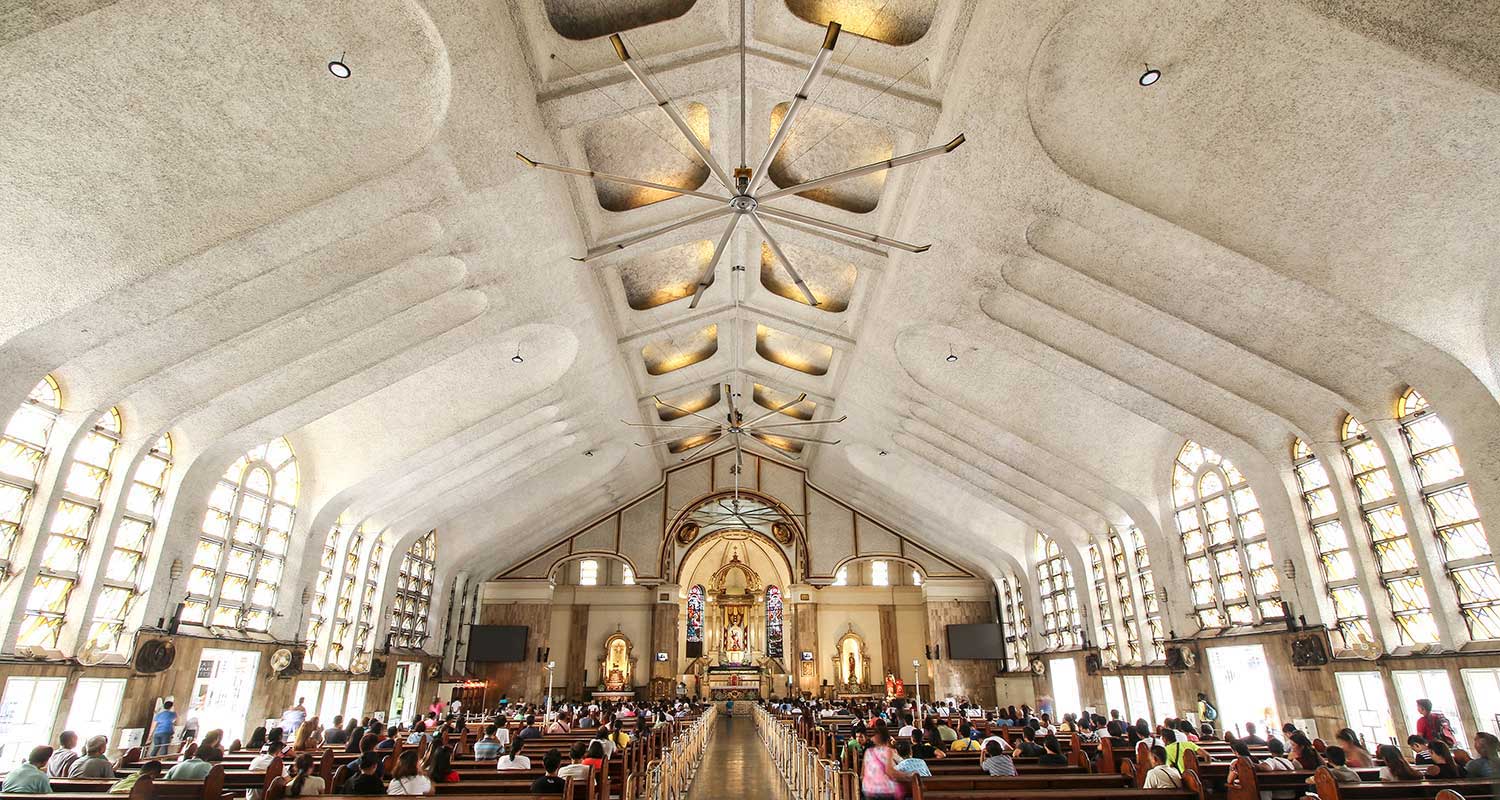 The Basilica tried cooling the building with 14 smaller fans, but they were noisy and ineffective, and they used a lot of energy. So church officials decided to replace them with three quietly efficient Big Ass Fans. The next month, Physical Plant Administrator Victor G. Mallillin saw the electricity bill plummet by about 70 percent. Equally important is the cooler, more comfortable environment the fans create for congregants. They do the job they were installed to do, silently and unobtrusively. And an added benefit is that the additional airflow throughout the space prevents dust and cobwebs from forming.